In the late 1990s, a group of actors and artists from Door County’s performing arts venues joined with local business leaders and imagined a new theatre for Door County. In 2001, these visionaries were gifted the shuttered Donna movie theatre and re-opened the building as Third Avenue Playhouse (TAP). From the very beginning, TAP was created to complement the existing performing arts community, not compete with it.

In 2012, TAP converted an old storage room into an additional performing space – the Studio Theatre. In this new, intimate “black box” theatre, TAP offers productions unlike any other found in Door County. From thought-provoking plays to entertaining musicals, from dramatic operas to children’s productions, along with countless other special events, TAP has earned a reputation as “one of the top ten professional theatres in Wisconsin” (Milwaukee Journal Sentinel).

Yet the incredible performances on stage distract attention from a grim reality: as a theatre and a public facility, TAP is woefully lacking.

The experience for an audience member is less than desirable: the seating creaks and is uncomfortable; the bathrooms are undersized and not easily accessible; the lobby and concession spaces are small and cramped; and many areas have inadequate heating and cooling. For the professionals who work in the space, the conditions are dire as well: the stage lacks wing space and crossover areas; the dressing room is little more than a landing at the top of the stairs; and there is no dedicated scene shop, costume shop, or even basic office space.

Yet despite the substandard facility, the dedication and commitment of the professional staff and volunteer leaders have made TAP the focal point of Sturgeon Bay’s arts scene.

The REIMAGINE Campaign dares to unleash the hidden potential of what a theatrical experience at TAP would be with a major investment in the theatre itself. With a goal of $3.5 million, the REIMAGINE Campaign will finally raise the quality of the venue to the same high standard set by the performances themselves. 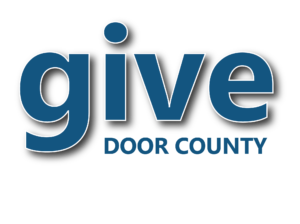